A 5-Minute Guide to Serrapeptase: Why It’s Important for Respiratory Health 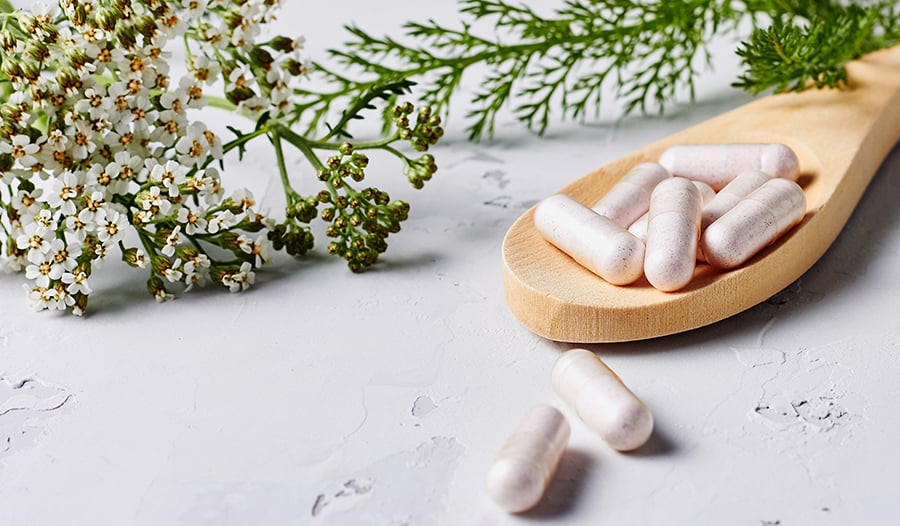 During the 1980s and 1990s, there was significant research conducted in Europe and Japan that indicated serrapeptase may be one of the most effective dietary enzyme supplements in promoting respiratory health - more specifically alleviating sinus and nasal congestion, throat pain, and inflammation of the airways.1 Dr. Hans Nieper, a known alternative medicine doctor and former President of the German Society of Oncology, was known for his extensive use of proteolytic enzymes and held serrapeptase’s value above all others. So much so that Dr. Nieper referred to serrapeptase as the "Miracle Enzyme."2

Enzymes are molecules that speed up chemical reactions – they either help build new molecules or they split the bonds that join molecules together to break them down into smaller units.

In the case of enzymes as dietary supplements, most often they contain digestive enzymes that break down proteins, fats, carbohydrates, and other food components into smaller units that can be absorbed. Taken between meals or on an empty stomach, these very same digestive enzymes, especially the proteases or proteolytic enzymes, exert systemic effects outside the digestive tract.

Serrapeptase is an enzyme that is produced from a beneficial bacteria, Serratia marcescens, that resides in the intestines of silkworms. The silkworm puts the powerful effects of this enzyme to good use in order to breakdown its cocoon and free itself as the transformed adult moth.

The cocoon that the silkworm weaves is composed of silk, one of the most luxurious fabrics, and also one of the strongest and durable natural materials. But what is silk made of? Special proteins secreted and woven together by the silkworm. Silk is composed of an insoluble protein known as fibroin held together by a glue-like layer of another protein called sericin. It is a very strong, tough, and resilient protein, yet this enzyme, serrapeptase, is able to break it down with ease. It really is a miracle.

Serrapeptase and other proteolytic enzymes breakdown proteins by essentially adding water or hydrolyzing the bonds between specific amino acids, which are the building blocks of proteins. It is now well documented that orally administered proteolytic enzymes, including serrapeptase,3 are absorbed intact into the bloodstream to exert systemic effects. In fact, serrapeptase has been shown to be delivered to preferentially to tissues that have been injured or are under stress.4

‌‌‌‌What are the Health Benefits of Serrapeptase?

Serrapeptase has been used in Europe and Japan for over 50 years with documented benefits for supporting the body’s response to injury and the health of the immune system, blood vessels, and respiratory tract.

Serrapeptase has shown to improve circulation and reduce swelling by breaking down fibrin and inhibiting the formation of molecules that attract inflammatory cells to the site of trauma.5 Reducing swelling furthermore helps with pain. Serrapeptase also inhibits the formation of pain-inducing compounds known as kinins. These actions can help in recovery from sports injuries, trauma, repetitive stress (e.g., carpal tunnel syndrome), and surgical procedures.

A study showed that serrapeptase could help improve the response to injury and trauma.6 This effect has been documented in a variety of experimental models and clinical studies.7-10 For example, serrapeptase has been shown to improve joint function and mobility in patients with knee pain.7 It has also have been shown to promote healing following dental and surgical procedures by reducing swelling and bruising, thereby speeding up healing time. Women suffering from symptoms of fibrocystic breasts such as pain, swelling, and tenderness have also benefitted from serrapeptase.11

The mucus barrier is the first line of defense against infection when it comes to respiratory tract health. Proteases like serrapeptase, mucolase, and bromelain decrease the thickness of the mucus while at the same time increasing mucus production as well as dramatically increasing the transport of the mucus up the respiratory tract until it is either swallowed or eliminated from the body. In addition to enhancing the mechanical effects of mucus, proteases may enable special protective factors within mucus to more effectively neutralize invading organisms. Some of the protective factors secreted in mucus are secretory IgA, nitric oxide, lactoferrin, and various white blood cell-derived protease inhibitors that block viruses.

Serrapeptase has also been shown to improve the structure and function of the mucus secretions. Serrapeptase given to patients with thick, poor functioning mucus was shown to significantly reduce the viscosity (thickness and stickiness), but not the elasticity (stretchiness) of respiratory tract mucus. Improving the ratio of the viscosity to the elasticity is an important determinant of how well the mucus functions in its function of keeping the airways clear of particulate matter and microbes.12-14

The mucus modifying effects of serrapeptase are important anytime to take advantage of anytime the mucus is thickened or excessively sticky. By decreasing the viscosity, serrapeptase leads to less mucus congestion thereby not only reducing symptoms of congestion, but also the likelihood of a secondary bacterial infection. Thick or excessively sticky mucus is a breeding ground for disease-causing bacteria.

Serrapeptase also exerts important effects on the gastrointestinal mucus and lining. In particular, serrapeptase exerts activity against biofilm – a collection of bacteria closely packed together that adhere to the lining of the small intestine within a slimy, gluey matrix. Serrapeptase is capable of eating away at the biofilm matrix as well as acting as a deterrent for bacterial adherence to the intestinal lining.15

The dosage of serrapeptase, like many other enzymes, is based not on weight (mg amount), but rather on enzyme activity in the form of units of serrapeptase units or SPU. For most applications, the dosage is 40,000 to 100,000 units up to three times daily. The dosage range is based upon the size of a person as well as the level of support needed. For best results, serrapeptase should be taken on an empty stomach. In regards to speeding up the recovery from surgeries, the general protocol has been to start serrapeptase the day before the surgery, once in the evening after surgery, and then up to 3 times daily for 5 days following the surgery. However, at this time, since there are insufficient studies to evaluate any adverse effects or interactions, my recommendation is that serrapeptase be used after surgery only.

As far as side effects and safety, serrapeptase has an excellent safety profile and produces no significant side effects. Since serrapeptase might decrease blood clotting, it should not be used with drugs that also affect platelets or clot formation such as clopidogrel (Plavix), heparin, warfarin (Coumadin), and others.

Previous Article
The Best 8 Kid’s Supplements for Overall Health
Next Article
Should You Supplement with Protein? Here are 3 Key Benefits

What is Ascorbic Acid (Vitamin C)? Benefits, Supplements, and More

Apple cider vinegar supplements offer the same health benefits as ACV, without the taste and smell. Find out how they can help with blood sugar, weight loss, and more. 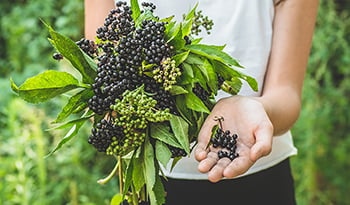 Elderberry is a dark purple berry of the Sambucus tree that has proven to be a powerful plant full of immune-boosting properties.